It happened once upon a time, or on June 18 2016 to be more precise, at 57, rue Principale Nord, Sutton. The weather was splendid, an exceptionally beautiful summer day, and there was excitement in the air and plenty of action as volunteers busied themselves throughout the D’Arts et de rêves property… 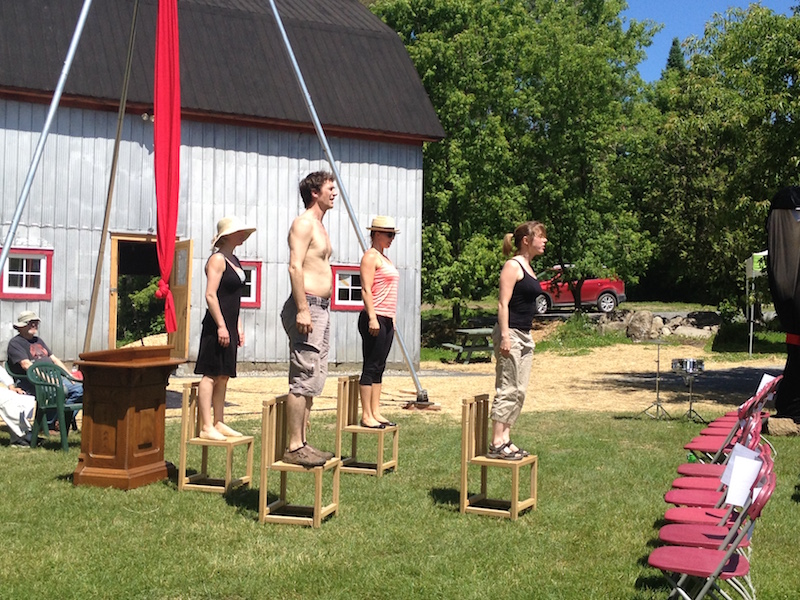 Then gradually, guests, friends, and curious bystanders arrived: volunteers at the main entrance welcomed everyone. People quickly took cover in the shade, under the big tent or trees, or hid under their hats or sunbrellas, waiting for the official start of the inauguration. Everyone smiled: it was going to be a perfect day! 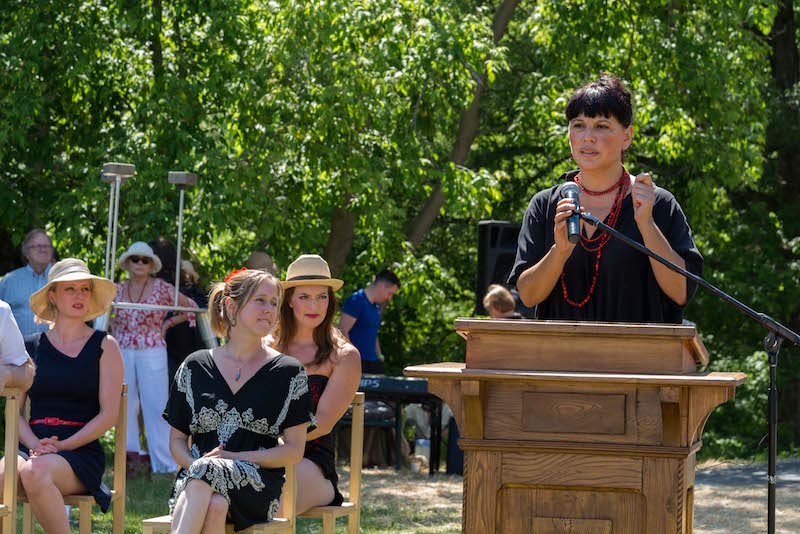 Ms. Nathalie Bondil, Director of the Montreal Museum of Fine Arts (MBAM) and Honorary Chair of the Inauguration of D’Arts et de rêves, shared her vision of art with those present as well as her pleasure in seeing such a project come to life in Sutton.

Speeches and applause followed, as did a show with artists from the circus, well felt thank yous and a few tears of joy, and above all much happiness for the three co-founders who were seeing the culmination, or was it the beginning, of their dream of an eco-cultural park and an artists’ residence…

Many of you were also present that day and can testify to the success of these festivities. 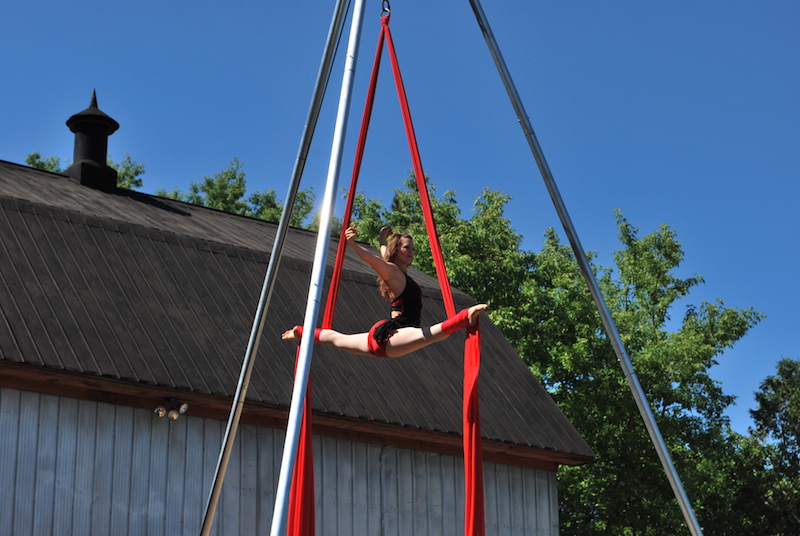 1. Many new members were recruited and
2. Several donations were received from generous benefactors.

But what had happened before June 18, 2016 for all these beautiful people to come over on such a marvelous summer day? Well this is where the story of D’Arts et de rêves begins and, since this newsletter will be published four times a year, or once a season―Spring, Summer, Fall, and Winter―each issue will reveal a part of the where, when, how, who, why, with whom, with what… of the story of this amazing project…

A long, long time ago, two young adults met in Montreal at a Conference for the defense of social rights. Discovering they shared the same interest for social activism and a certain attraction, or maybe more than a certain attraction for one another, our two lovebirds decided to unite their destinies. They pursued their careers, started a family, and amateur artists in their spare time, they chose to devote more and more time to the arts: sculpture for her and literature for him. Their children having left the nest and retirement being an option, our two friends thought about an artist residence: would such a dream be possible… You probably guessed it; the persons of interest are Nicole Côté and Henri Lamoureux.

Many years later, in the summer of 2014, in Sutton, there was the Monumentum Sculpture Symposium of which Nicole and Daniel Haché were co-founders. Nicole could already visualize the works produced by the sculptors exhibited in the heart of the village, but where?

That fall, Nicole and François Champagne began a systematic search, in all the nooks and crannies of Sutton, to find a piece of land that would meet the following four criteria:

Nicole and Henri were tempted: this property really seemed promising. They had already thought of an artists’ residence… but could they really dare?

The property was nonetheless five or six times more expensive than had been budgeted, what to be done, what to be done… After careful consideration, extensive discussions, assessment of the potential, and risk and benefit analysis, Nicole decided to go for it. She bought the property and the adventure began!

Afterwards, Nicole and Henri are describing the property to their niece, Joanie Leroux- Côté, whose career embraced the circus arts. How could we wisely use these buildings, they wondered? Joanie finds the project exciting and wants to join the party, but only if the circus arts are integrated into the project. Then as she walks around the property, Joanie can already see a natural amphitheatre take shape, a place where shows by resident and guest artists could be presented.

Joanie’s suggestions and enthusiasm enchant Nicole and Henri. Joanie represents talent, youth, the next generation, and would be a definite asset to ensure the sustainability of the project…

The vision of the project evolves as the three of them daydream as a team. And from there comes the idea of a residence for artists working in the same disciplines as our three co-founders: visual arts, contemporary circus arts, and literary arts—the concept of interdisciplinarity in one and same location would be a novelty in the region.

So where does the name D’Arts et de rêves come from? You’ll find out when you read Chapter II in our Spring 2017 newsletter, where in addition you will learn about the surprises, challenges, and even pitfalls that can be encountered when starting such a project.