Thanks to her networking skills, Michèle Vigeoz was able to recruit, in 2015, three professionals who had links with our region and who represented each of the three disciplines—contemporary circus arts: Jean-Jacques Pillet (Sutton); literary arts: France Mongeau (Dunham); visual arts: Suzanne Pressé (Sherbrooke).

Here is a brief overview of these three resources indispensable to the mission of D’Arts et de rêves. 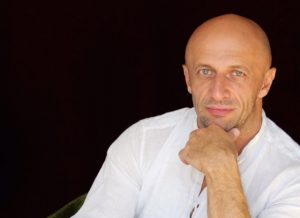 It was Joanie who first thought of Jean-Jacques: a director, choreographer, artistic director, and a former dancer of international reputation.

Jean-Jacques worked with le Cirque du Soleil, the prestigious Quebec company where he had the opportunity to perform as well as perfect his art: he collaborated in the Varekai shows; in Zed—the permanent show for the Disney Tokyo Resort; in Zarkana—created for Radio City Music Hall in NY, one of the world-famous iconic theaters; and in the large-scale Le Sillon des Rêves show presented in Quebec City. He has also participated in many events around the world, as director as well as choreographer. Since 2012, Jean-Jacques has added to his career a passion for writing, musicals and cinema, Warm Bodies being one of the movies in which he collaborated.

Jean-Jacques helped to design the upper floor of the barn to accommodate contemporary circus artists. 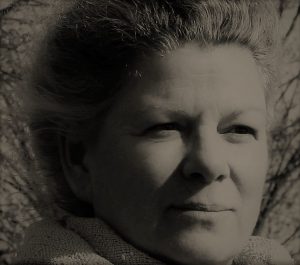 Nicole knew France and truly hoped she would join the artistic committee. Those who were at the June 18, 2016 inauguration might remember France because she is the one who read a poem which was quite moving.

France Mongeau is a Quebec writer and professor who currently teaches Literature and French at Collège Édouard-Montpetit. She has published a dozen books of poetry including three artist books; her book La chambre verte made it to the finals for the Alain-Grandbois Prize in 2006. In addition, France has won the Émile-Nelligan (1986) and Saint-Denys -Garneau (2005) prizes.

France writes regularly for several literary magazines and has participated, since 2001, in various literary events in Quebec and abroad. She has also taught in the Certificat en création littéraire as well as the Baccalauréat en études littéraires at the Université du Québec in Montréal.

France contributed greatly to the construction of the second room of the artist residence. 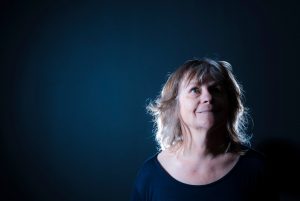 Nicole and Michèle immediately thought of Suzanne for the visual arts field since she already had a link with Sutton, having curated an exhibition at Arts Sutton.
Suzanne Pressé has been curator of the Musée des beaux-arts de Sherbrooke and is currently coordinator of exhibitions and responsible for the animation at the Art Gallery of the Cultural Centre of the Université de Sherbrooke. She is an art historian, holds a PhD in art history, and is well known for her passion and dedication to the visual arts field.

For the past 20 years, Suzanne has served as curator of important exhibitions as well as ensured the presence of contemporary art on the three campuses of the university by exhibiting works from the Collection du prêt d’œuvres d’art (Art Loan Collection) of the University.

Our cultural park will be well served with Suzanne’s expertise.